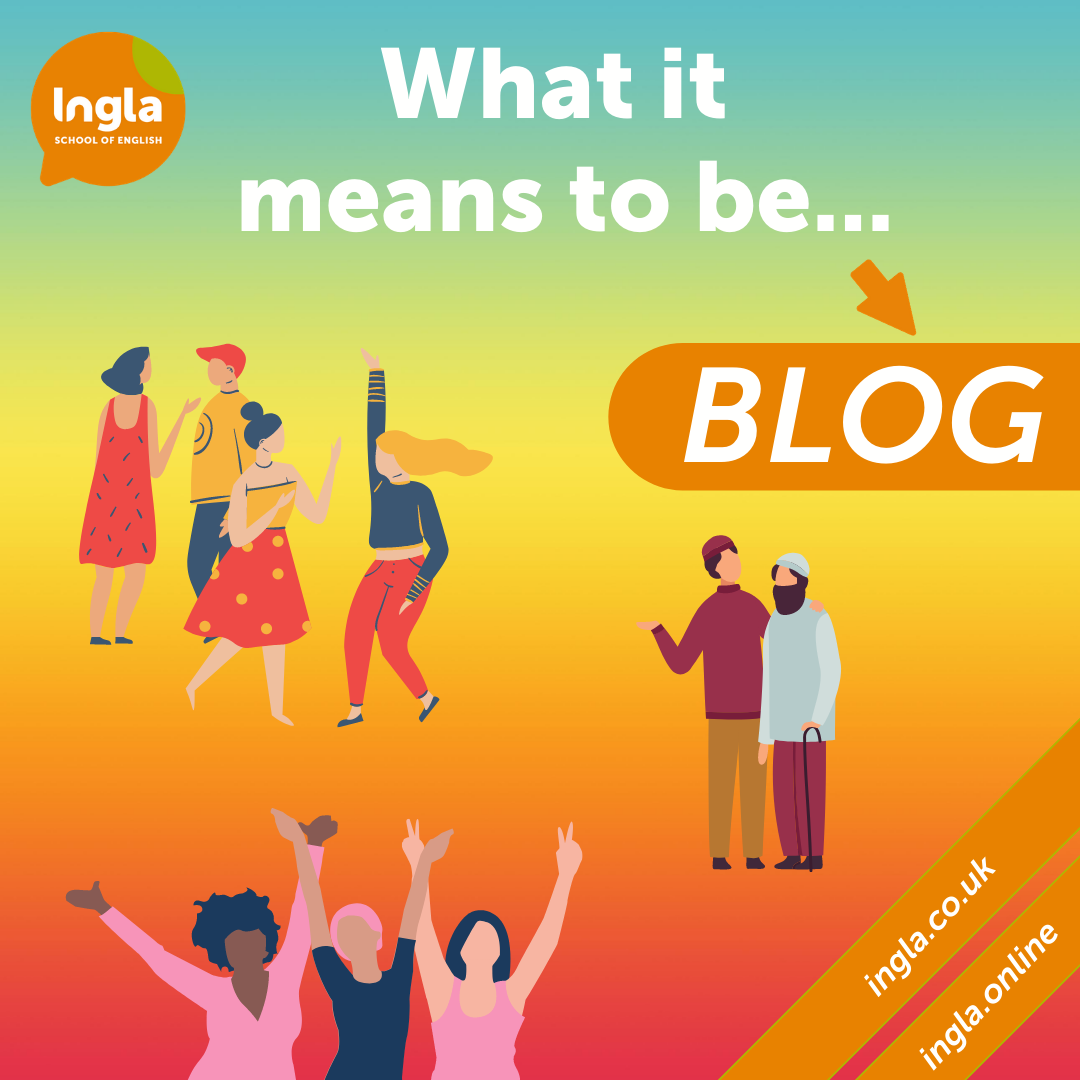 Questions that begin ‘what does it mean to be….’ tend to be very big, important questions that some of the most intelligent people in history have debated for centuries. We’re just English teachers here at Ingla, but in this blog, we’re going to look at some of the most famous interpretations of three of these ‘big questions’, and whether we agree with them!

What it means to be happy

We all know what happiness feels like. When you’re eating a delicious chocolate bar, you feel happy. When you see a friend who you haven’t met for a long time, you feel happy. But these are just temporary happiness – what does it mean to feel a sense of general happiness in life? How can you be a happy person?

Maybe the key to happiness is not thinking about what you don’t have and want, but focusing on more on the things you do have, and what you like about them. The British philosopher Bertrand Russell once said that, “to be without some of the things you want is an indispensable part of happiness.” ‘Indispensable’ means ‘very important’, and it’s true that thinking too much about what you DON’T have can definitely lead to being unhappy!

Perhaps it is best summed up by the American novelist Edith Wharton – ‘Maybe if we all stopped trying to be happy, we’d have a pretty good time’.

What it means to be friends

After all, there is a lot in common between these two relationships – thinking about someone a lot, and knowing them very well, are characteristics of both friend and enemy relationships!

In addition, liking someone is not enough – many people will say they ‘like’ a politician or a celebrity, but they don’t know them at all! So clearly we must both know someone personally and have positive feelings towards them.

It’s also true that supporting someone, even in their worst times, and when it would not be easy or convenient to do so, is a key ingredient of a friendship. Euripides, the Ancient Greek dramatist and playwright (this is someone who writes plays, which are stories written to be performed live), once said that, ‘real friendship is shown in times of trouble; good times are full of friends’.

But what really defines a friend is wanting the best for someone – even if this doesn’t necessarily mean supporting them in all of their decisions! The American businessman Arnold H. Glasgow said ‘“A true friend never gets in your way – unless you happen to be going down.”

What it means to be (to exist)!

This is probably the biggest question of them all. In William Shakespeare’s play, Hamlet, the main character famously asks ‘To be, or not to be? That is the question’.

By saying this, Hamlet is questioning whether being alive is worth it, and, after asking this, he thinks aloud about what it means ‘to be’, and considers whether it brings him more joy or happiness. Essentially, he is wondering what it means to be alive, and what makes him so. This area of philosophy, which focuses on knowledge, is called epistemology.

We’re all pretty sure that we’re alive. But, how do we know this for sure? Is it merely feeling things physically, or other sensation, like seeing things? But, in that case, if you lost all five of your senses, and your ability to communicate with anyone else, would you then be dead?

Perhaps the most well-known proof of one’s own existence comes from the French philosopher Rene Descartes, who said ‘I think, therefore I am’. For Descartes, the fact that he was able to think about his existence, and was aware of his own thoughts, was enough proof that he existed! The trouble comes when we start to think about whether OTHER people, or indeed, anything beyond ourselves, exist. This process of testing our own knowledge is called skepticism.

But, merely existing as a consciousness, able to experience nothing except your own thoughts, would make you unable to gain any sufficient experiences or memories, or to form any relationships through communication. This hardly seems to be ‘alive’, at least as we know it.

Being able to communicate with other people, and form memories seems, if not a necessary part of being alive, then at least vital for having a life worth living. The German-Swiss poet Hermann Hesse said “It is not our purpose to become each other; it is to recognize each other, to learn to see the other and honor him for what he is.” Perhaps this ability to interact, and to understand, is what makes us truly alive.