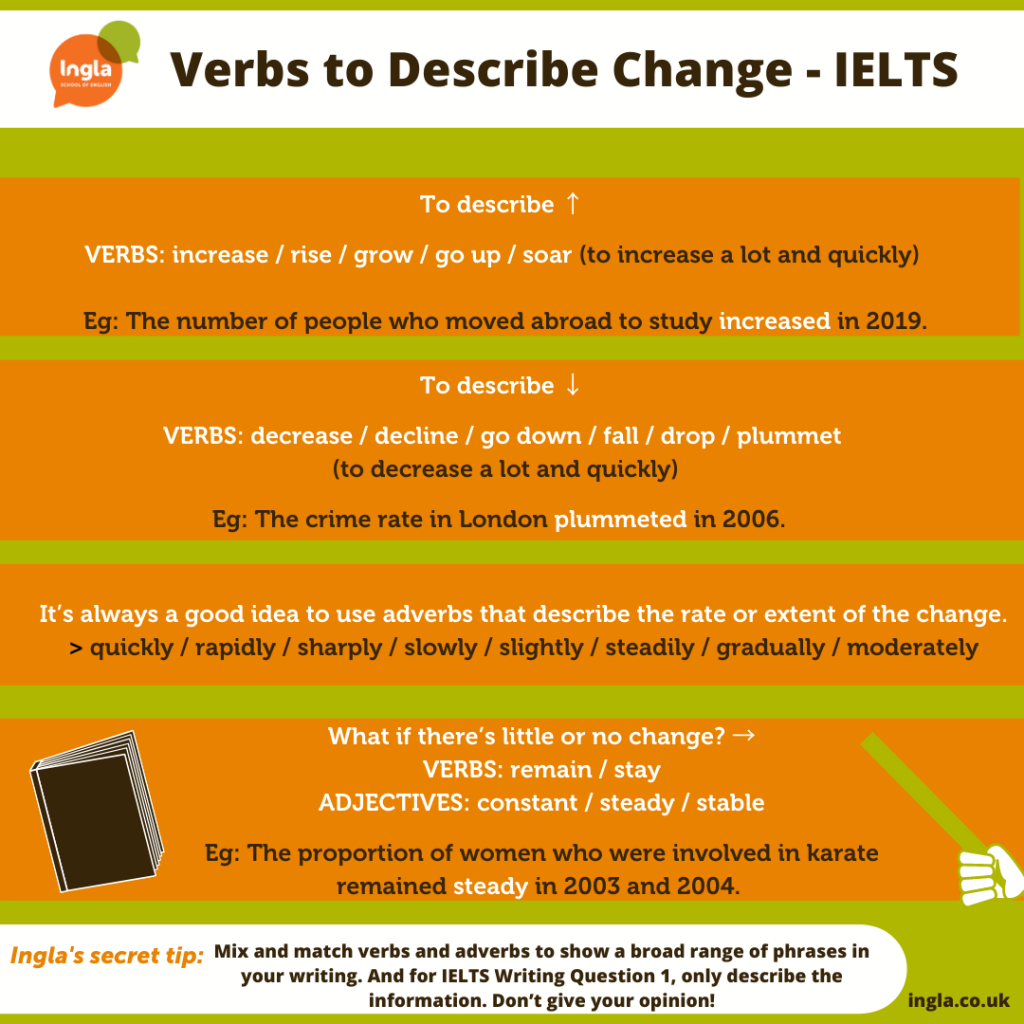 These verbs are great to know for the Academic IELTS Writing Exam Part 1.

Of course, they are a really good for General English students as well!

What sentences can you make to describe this chart? 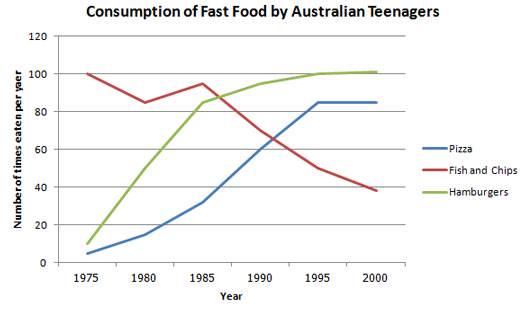 Since 1975 the number of times that pizza was eaten by Australian students steadily increased and then remained stable from 1995.

From 1985, the number of hamburgers consumed by the teenagers yearly slightly increased from 82 – just over 100.

From 1985, the number of fish and chips eaten plummeted from close to 100 to less than 40 each year.