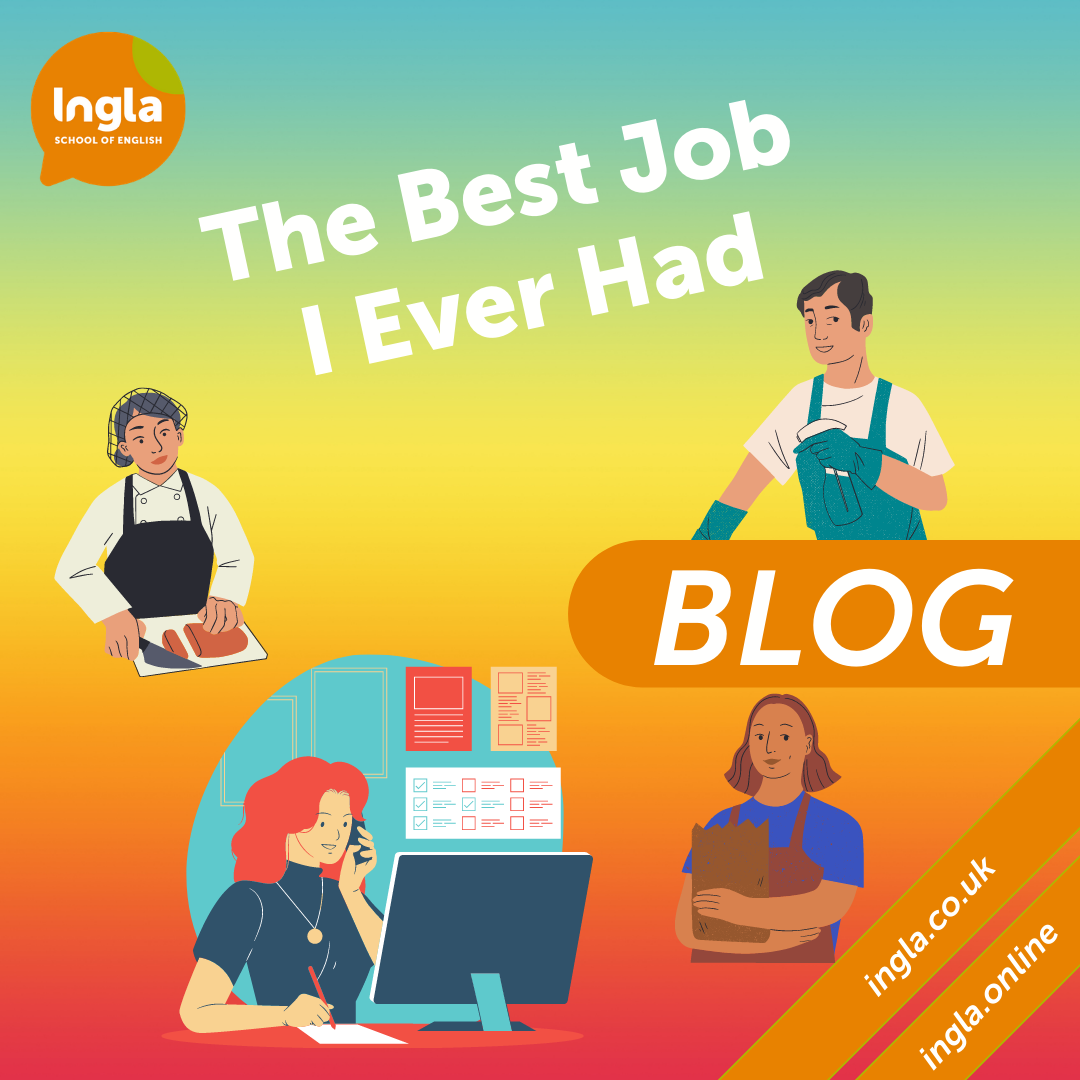 As things change in a turbulent global economy, many people’s thoughts are turning to which job they’ll find themselves in next. They’ll be thinking about the right job for them.

Will the work be satisfying for them? Will they make enough money to get by? Will they still have enough time to see the people they love, do the things they enjoy, and relax when they can?

All of these are questions you should be asking yourself as a jobseeker, and especially when reflecting on the best jobs you’ve ever had. In this Ingla Blog, I’ll look at three jobs I’ve had in my life, and decide which was the best.

Job number one was a temporary administration job at a local law firm in my hometown. The pay certainly wasn’t bad, and the hours were okay, but the job satisfaction was practically non-existent. I would sit in front of a computer all day changing numbers on Microsoft Excel, with no idea what impact my work was having. Hooray, that one number’s now slightly bigger than it was before! Will wonders never cease?

Occasionally my bosses would deign to offer me something interesting to do, such as going into their records to find one of their clients’ wills – a document that says what will happen to their possessions when they die. However, the worst thing was the way I was treated. More often than not I would sit around for hours on end, having been given absolutely nothing to do and told not to approach anyone to find work as they were ‘too busy’, and then have some self-important solicitor criticise me for doing nothing! Not my idea of a good time.

Job number two was much more hands-on and down-to-earth, and involved much more manual labour. Another temporary job, far from the law firm’s air-conditioned office, it was a production line job in a brewery : a factory that produces and bottles beer. I would shuffle into work at 6 in the morning, wearing my steel-toed boots and hi-visibility jacket, and spend the day sorting beer bottles into packages for distribution.

Again, the job satisfaction wasn’t up to much, the hours were pretty antisocial, the workplace smelly, and the pay not much to speak of. However the company and perks made up for that. My colleagues and I found ways to make our rather monotonous work fun, even once setting up improvised time trials for bottle packing : complete with a league table! It was the first time I’d worked with people from other countries and cultures, and getting to occasionally take home a surplus bottle of beer didn’t hurt either.

But I can truly say that job number three,  teaching at Ingla, has been the best job I’ve ever had. It has something the other two never did – honest job satisfaction. Seeing people learn in front of you, as a direct consequence of your actions and presence, is a deeply rewarding experience. Its hours allow a healthy work/life balance, to allow me to do the other things I love outside of teaching, and, of course, the company, both fellow teachers and our students, simply can’t be beaten. Its real value is that you feel that you’re making a positive difference in peoples’ lives, and I wouldn’t trade that for all the law firm money in the world.