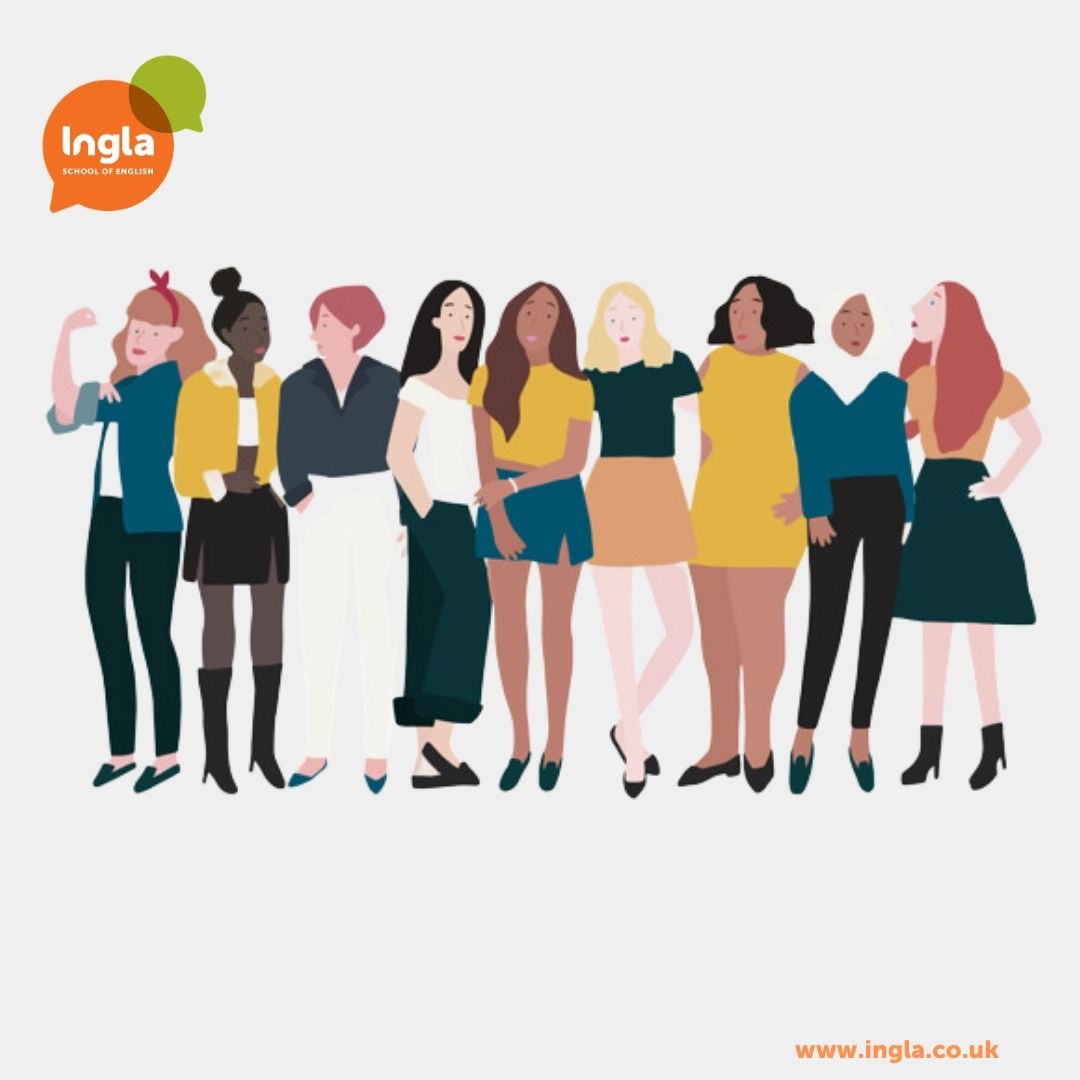 This coming Sunday is International Womens’ Day. On this day, we remember
women who did, have done, and continue to do great things, and whose stories
continue to inspire us to this day. Be they scientists, sportswomen, activists or
outstanding in some other way, here are six incredible women whose lives should inspire Inglans.

Things were very difficult for black people in the USA in the 1950s. In many states,
they couldn’t use the same bathrooms as white people, or even sit in ‘white’ areas of
the bus, because of racist laws.
On December the 1 st 1955, Rosa Parks, a black woman from Alabama who was
sitting in the ‘coloured’ section of a bus, refused to give up her seat for a white man.
This, at the time, was breaking the law.
Because of her courageous action, Rosa was arrested and went to jail for a short
time. Her story inspired others to fight for African-Americans’ civil rights and for
justice.
The last of the laws which separated black and white people were removed in 1965,
but Rosa kept fighting for justice until her death in 2005, at the age of 92.

In the early 20 th century, most pilots were men, and women generally didn’t fly
planes. Indeed, many people still only see women on planes as air hostesses.
This didn’t stop Amelia Earhart, an American woman from Kansas, from following her dream of flying solo around the world.
Amelia had already been the first woman to fly as a passenger across the Atlantic Ocean in 1928 and had made the same journey alone in 1932.
Sadly, she and her plane disappeared during her first attempt to fly around the entire world at the age of 39, and her body still hasn’t been found. However, her bravery and passion for adventure still inspire people.

Emily Davison
Some Inglans might think that the United Kingdom is a very equal place for women.
But it wasn’t very long ago that women couldn’t vote in this country.
Emily Davison, a woman from South-East London, was part of the suffragette
movement. This group wanted women to be able to vote, and often broke the law to
try and make that happen.

Emily was arrested in 1909 and served time in prison. During this time, she and
other women refused to eat as a protest, and she was forced to eat a total of forty-
nine times.
Emily was killed in 1913 when she stepped in front of the King’s horse during a race.
Some people think this was a suicide, and some think she was trying to place a
suffragette banner on the horse. After all, the King’s horse carrying a suffragette
banner would have made a big impact.
Either way, her brave sacrifice influenced British public opinion, and, in 1928, women
over 21 were finally allowed to vote.

For many years, though women often helped in scientific research, they weren’t
recognized. But as early as 1897, Marie Curie, a scientist from Warsaw, was
discovering new chemicals during a life devoted to learning about science.
She was the first woman to win a Nobel Prize for her work and is still the only person
in history to win two Nobel prizes in different areas of science – both physics and
chemistry.
She named one of the chemicals she discovered Polonium, after her beloved
country of Poland.
She died in 1934, aged 66, due to health problems caused by chemical radiation.
Her dedication to her work had been such that she was willing to give up her health.

Some Inglans might find learning English very difficult. But imagine trying to do it if
you couldn’t hear or see!
Helen Keller, an American woman born in 1880 in Alabama, was made deaf and
blind by an illness as a baby. But, despite this, she learned to spell as a child, with
her teacher’s help, by rubbing letters onto her hand.
Helen eventually learned to speak fluently and understand people by feeling their lips
as they spoke. She even graduated from Harvard University in 1904 and became a
celebrated author and university lecturer.
Her inspiring story shows us that anyone, given patience and determination, can
learn to read, speak and understand a language.

Most Inglans have probably heard of this 17-year-old climate activist from Sweden,
who is already having a huge impact at such a young age.
Born in 2003 in Stockholm, Sweden, Greta first became an activist after persuading
her parents to make their behavior more environmentally friendly.
In 2018, at the age of 15, she began to miss school in a protest against climate
change, inspiring other young people to do the same.
Since then, she has spoken at the United Nations and the World Economic Forum,
and recently visited the UK for a protest march in Bristol.
She was the youngest person in history to become Time Magazine’s Person of the
Year in 2019 and continues to campaign tirelessly on climate change issues.