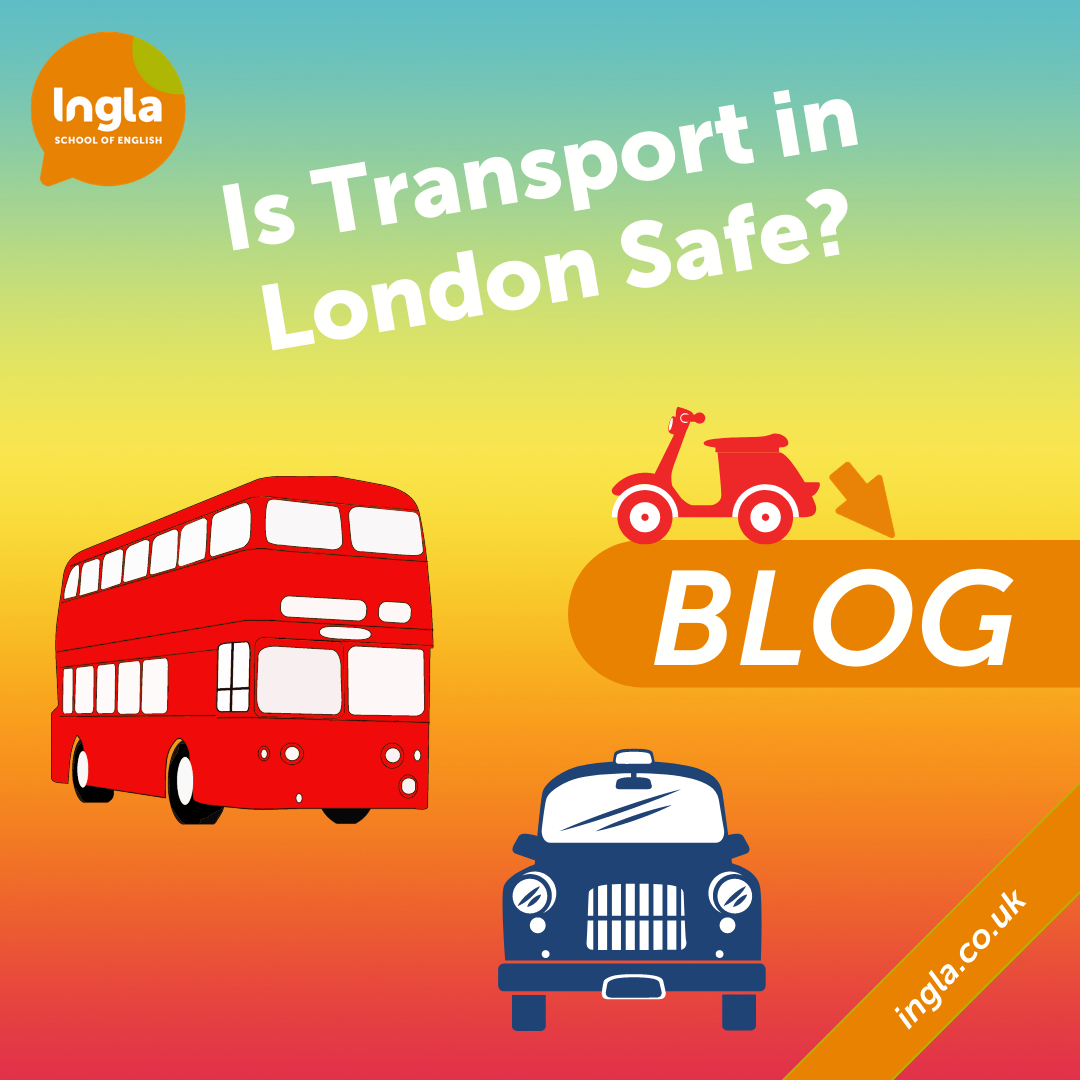 Is Transport in London Safe?

At Ingla School of English we’re very lucky when it comes to transport. Our students, Inglans, have a million different ways to travel to our school from all over North London. Ingla is just opposite Turnpike Lane Station, which is on the Piccadilly Line. King’s Cross is just 15 minutes away, and there is a direct underground connection to the more northern parts of London, like Wood Green, Arnos Grove, or Southgate. If you prefer to travel by bus, the station, and the bus stop on the other side of the street, give Inglans access to bus route 41, 144, 121, 232, and many more. This isn’t even considering cycling or walking, which can be done anywhere.

Being in such a well-connected area, it’s no surprise that people come to study English at Ingla from all over London and the world! Whether it’s from Tottenham or Tanzania, Hornsey or Hungary, Enfield or Ecuador; it’s easy to get to Turnpike Lane. With so many people travelling in so many different ways, one big question comes to mind, especially during Road Safety Week. Is transport in London safe? Let’s look at this question from a few different perspectives.

Covid has, obviously, been the big news across the world for the last year. The British government recommends avoiding public transport if possible and always wearing a mask while travelling. Imperial College, a university whose research is respected around the world, has recently done a study of the London Underground system and didn’t find any trace of Covid on surfaces in the underground or in the air. You can read all about their study in this article in The Independent, which is a well-known British newspaper. Obviously, this doesn’t mean that you should travel on buses or the underground without a mask, and you should always wash your hands, but it’s good to keep things in perspective.

In 2018, the most recent year for which statistics are available, TFL (Transport for London) tells us that in Haringey, the London borough where Ingla is located, experienced only 2 “serious” accidents that involved buses. This means that in a full year, with hundreds of thousands of people travelling on public transport, and thousands of buses zipping around the streets of North London, the chances of experiencing a serious accident are still very, very low. Travelling by bus in London is extremely safe.

London has a number of bike sharing schemes for any members of the public who don’t have a personal bicycle. For many people, though, cycling is a slightly riskier means of transportation, and they are afraid to cycle in a big, busy city like London. The truth, though, is that in the last 30 years the number of daily cycle journeys in London has gone up more than 300%, but the number of serious accidents has stayed almost the same. There are more guard rails along streets and an increasing number of cycle lanes to separate cyclists from motorists. Cyclists are also being more careful, by wearing helmets. The most important factor, though, is that drivers are learning to respect and look out for cyclists. Through mutual respect the roads have become a safer place

So, to answer the question in this article’s title (Is transport in London safe?) the answer is definitely yes, not just during Road Safety Week but every day.

A relative clause is a piece of a sentence that gives you more information about a person, place, thing or possession.

In the article, can you find an example of a relative clause that gives more information about a person, place, thing and possession?

Person: …schemes for any members of the public who don’t have a personal bicycle

Place: …Haringey, the London borough where Ingla is located

Thing: …Turnpike Lane Station, which is on the Piccadilly line…

…cycling or walking, which can be done anywhere…

…The Independent, which is a well-known British newspaper

…The most recent year for which statistics are available

Possession: …Imperial College, a university whose research is respected around the world…

What do the pronouns, who, where, which, and whose refer to? What do these clauses give more information about?