Tell us if this has happened to you before : you’re trying to show off your developing English skills to your English-speaking friends by telling them a joke from your country. Your timing is flawless, your delivery is perfect. If you were telling this joke to an audience of your compatriots, they would be rolling around laughing.

And yet, your genius joke is met only with blank, confused looks from your British friends. Why could this have happened? It wasn’t your fault, surely? 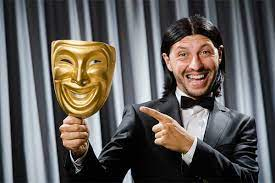 Well, don’t worry : telling a joke in a foreign language is difficult enough most of the time, and even if your grammar and vocabulary is totally accurate, some things might not easily translate! Read more to find out some of the pitfalls of jokes and humour in different languages!

For example, do you understand the joke below?

“I took my pony to the vet yesterday : he has a sore throat”.

If so, congratulations – you’ve got a great understanding of English homophones!

The joke here is that ‘hoarse’, an adjective for the raspy voice of someone with a sore throat, is a homophone for ‘horse’,  the big four-legged animal. The two words are written differently, and mean very different things, but are pronounced exactly the same!

So, when we consider that a ‘pony’ in English is another word for a ‘small horse’, or a ‘little horse’, we have a pun – a joke that uses homophones to make you laugh!

Though puns aren’t to everyone’s taste – the legendary British comedian John Cleese once said that the only three rules of comedy were ‘no puns, no puns and no puns!’ – they will certainly get a reaction from people – either a laugh or a groan!

Of course, if I were to translate this joke directly into Turkish, Portuguese or French, it wouldn’t work – as the Turkish, Portuguese or French words for ‘hoarse’ and ‘horse’ aren’t homophones. So be careful – even the most uproarious pun in your own language might fall flat in English! You often can’t translate jokes and humour in different languages.

Ok – now read this joke below : we’ll be very impressed if you can get it!

“What does the Loch Ness Monster eat?”

This one is especially difficult, because it needs some specific British cultural knowledge to fully understand!

Firstly, there’s ANOTHER pun : ‘Fish and Ships’ sounds close to ‘Fish and Chips’, which is a meal closely culturally associated with the UK.

Secondly, you have to understand what the Loch Ness Monster is : this is a legendary creature that many people believe lives in a lake in Scotland, and occasionally eats a fishing boat or two!

So, in order to fully get this joke, you have to both get the *pun*, and be aware of the cultural place of the Loch Ness monster and fish and chips in the UK. This is a LOT to ask from someone whose first language isn’t English!

Much the same, you’ll have jokes like this in your own language which, even if you say them completely accurately, require cultural knowledge to understand. Be careful when telling them to your English friends!

So, which jokes are safe?

Don’t worry – certain jokes are generally safe! Slapstick (comedy based on physical humour), and self-deprecating humour, in which you mock yourself for your friends’ amusement, tends to translate well regardless of cultural barriers.

As a general rule, before you make a joke, think ‘would I understand this if I didn’t speak my language, or wasn’t from my country?’, and you generally won’t go wrong. Good luck!